Kingdom Hearts Birth by Sleep is an action role-playing video game developed and published by Square Enix for the PlayStation Portable, serving as the sixth installment in the Kingdom Hearts series. The game was released on UMD in Japan on January 9, 2010, in North America on September 7, 2010 and in the PAL regions on September 10, 2010. An international version of the game titled Kingdom Hearts Birth by Sleep Final Mix was released in Japan in January 2011 featuring the changes made in the non-Japanese versions. 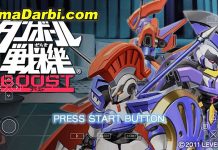