Astro Boy: The Video Game is an action video game based on the 2009 CG animated film of the same name. The game was released in Japan on October 8, 2009 for the PlayStation Portable to coincide with the Japanese theatrical release on October 10, 2009. It was later released on the same system as a downloadable game in North America on October 14, 2009. It received a retail version of it and a port to the PlayStation 2, Nintendo DS and Wii which was released on October 20, 2009 to coincide with the North American theatrical release of the film on October 23, 2009. It features the voices of Freddie Highmore and Kristen Bell, reprising their film roles 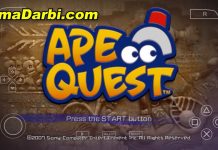