Jet Li: Rise to Honor is a video game released in 2004 for the PlayStation 2. The game features the likeness, voice acting and motion capture work of martial arts actor Jet Li, and features martial arts choreography by Corey Yuen. Rise to Honor features a cinematic presentation designed to mimic an action film, with no loading screens and sections of the game split up into “scenes”. A DVD-like chapter selection menu allows the player to go back to any past scenes once they have been cleared previously. 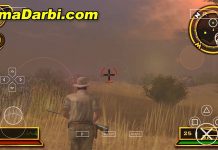