There are three options available at the main menu, single player, multiplayer and a options menu that allows players to modify gameplay elements such as difficulty and view unlocked items achieved during gameplay.

Initially, the player disposes of six fictional racers displayed at the top of a mountain once single player mode is selected from the main menu of the game, by pressing the select button over a unlocked racer additional info of the racer will be displayed and by pressing the select button over a locked character which is represented by a statue, valuable info on how to unlock the same will be displayed such as a specific career to finish. In addition to two other fictional racers, players can also unlock professional biking racers like Eric Carter and Tara Llanes when specific tournaments are finished during gameplay. 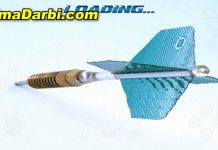 Hakuoki: Warriors of the Shinsengumi | PPSSPP...