Metroid Prime is a first-person action-adventure video game developed by Retro Studios and Nintendo for the GameCube video game console. It was released in North America on November 17, 2002, and in Japan and Europe the following year. Metroid Prime is the fifth main installment in the Metroid series, and the first Metroid game to use 3D computer graphics. Because exploration takes precedence over combat, Nintendo classifies the game as a first-person adventure rather than a first-person shooter. 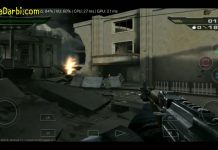 Jak and Daxter: Elf to Itachi no...