Zombie Highway is a survival game developed by Auxbrain and is available on iOS and Android devices through their respective app stores. The game is a single-player driving game where the player controls a car and must try to survive as long as possible while zombies are jumping onto the sides of the car. There are obstacles on the straight road that the player must avoid, which if hit ends the game. Two sequel games have been released: Zombie Highway 2 and Zombie Highway: Driver’s Ed. 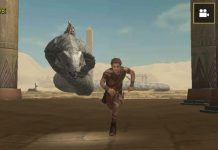