Brothers: A Tale of Two Sons is an adventure game developed by Starbreeze Studios and published by 505 Games for Xbox 360, Microsoft Windows, PlayStation 3, PlayStation 4, Xbox One, iOS, Android and Windows Phone.

Brothers is presented from a third-person view overlooking the two brothers. The brothers are moved individually by two thumbsticks on the controller. The controller triggers also cause the respective brother to interact with the game world, such as talking to a non-player character or grabbing onto a ledge or object. 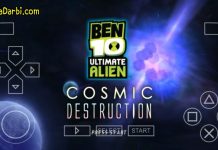